This is not exactly a moan (since in some cases I’m requesting fewer references to one or two of my own papers, which is all very nice!). It’s just a reminder that BWS has been an evolving technique over many years and I continue to note too many people just seem to add the JHE 2007 paper as “the BWS reference” when it really isn’t supporting what they are doing or saying.

I’m not been afraid to admit when I’ve done something incorrect/misleading, or when the field has moved on and an earlier paper is becoming outdated. (So when I call others on bad referencing, rest assured that I do the same for myself.)

Some points to note:

Thus, it’s just a guide to help practitioners get the correct reference for BWS and associated conceptual issues. Hope it helps. I may add to this if I think of other issues that are incorrectly attributed.

Since I have now moved to industry, reviewing articles is no longer part of my duties.

Because publishing isn’t entirely off my radar, I will do a little bit of refereeing. I have one editorial position for which I shall continue some reviewing duties, but otherwise I shall only be accepting articles that:

(2) Have had their referencing adequately checked by editors. There are key references for choice modelling: the “giants” being Thurstone, McFadden, Luce, Hensher, Louviere, Swait, Marley, Rose (and yours truly for a lot of best-worst scaling development), that are primary sources. An article with none of these and a bibliography with 5-9 references from the health literature would make me highly sceptical that an adequate literature review has been conducted.

For editors in health services research and allied medicine, I understand that the number of people with both choice modelling and health care skills is small. I would therefore suggest you split reviewing duties between a “methodological” referee and a “health” referee in order to better review articles. Methodological reviewers can be found across multiple fields and the major choice modelling textbooks have a multitude of these in the bibliography.

OK a moan for this first day back after the long weekend. (I feel entitled to since I have been productive on the blogging front recently!)

It concerns citations – or the lack of them. I was recently made aware that there are a bunch of recent papers out there which have tried to claim best-worst scaling as their own – incorrect or no references are made to the work of Jordan Louviere (who invented it) or of me (the guy who did most to develop it in health care). Instead, some tweaks have been made – which have not been proved to have any theoretical basis, nor to even be mathematically meaningful by mathematical psychologists – in order to try to sell the methods as “novel and these researchers’ own”. Some of these tweaks simply make no sense to me and I don’t really understand what the hell is trying to be done. Others, I know to be a complete waste of time and indeed, if I were to be bad-minded, appear to be attempts to use trendy statistical methods to confuse and impress more gullible or less experienced editors.

I will simply give one example of something ludicrous.

Case 1 Best-Worst Scaling (BWS) attempts to value a list of items on a probabilistic scale. If you administer a balanced incomplete block design to every respondent, you can then plot the empirical distribution of preferences for every item across the entire sample. So, just so we are clear, there is absolutely NO rationale for assuming any between-individual distribution. You simply “look” at the distribution by plotting it. Using an empirical bayesian or frequentist model which assumes any kind of distribution is just plain idiotic and a waste of paper (or pixels). Plus I would question exactly why you were doing this, given that I have given a zillion presentations showing how to look at empirical distributions, there are published papers demonstrating this etc etc etc.

So, referees and editors:
(1) Can you apply the same standards of citations and referencing that are applied to RCTs and other studies in health?
(2) If the authors use a method that has not been given the seal of approval by a mathematical psychologist or someone with equivalent expertise, can you ask them to provide the theorems and proofs as to why their methods actually give what they claim to give.
(3) Discrete choice models are rooted in theory – if authors are going to throw that out the window by marrying these with atheoretical techniques they better have a VERY good explanation in their discussion as to why they had to do this. Don’t get me wrong, I’m pragmatic, and sometimes you do need to resort to this. But you better have a damn good explanation for why you had to do so.

Finally, some fun. We all know how this turns out don’t we? 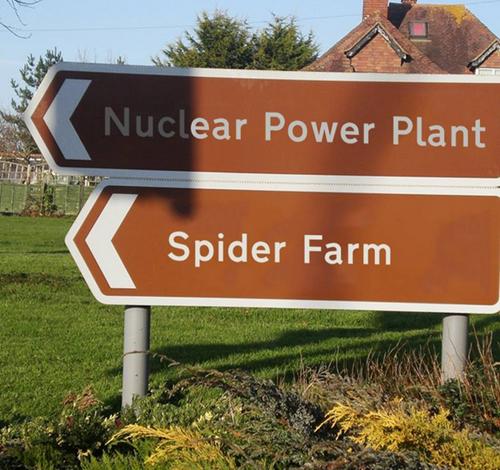